A solution to this week's riddle by fivethirtyeight.com.

Here is this week’s ridde from fivethirtyeight.com:

At RoboPizza™, pies are cut by robots. When making each cut, a robot will randomly (and independently) pick two points on a pizza’s circumference, and then cut along the chord connecting them. If you order a pizza and specify that you want the robot to make exactly three cuts, what is the expected number of pieces your pie will have?

How the robots choose the chord to slice is an important part of this puzzle; see Bertrand’s Problem. In this case, the chord is selected by randomly choosing six points on the pizzas circumfrance. Therefore, it is easy to see that for any two chords randomly selected in this way, there is a probability that the two chords will intersect and a probability that they do not.

To see this, pick any four random points on the pizza’s circumfrance. There are only six different ways () to connect these points. In two cases, the chords intersect, and in four cases they do not. This is an argument by symetry. We could reach the same results, with far more math, by integration. 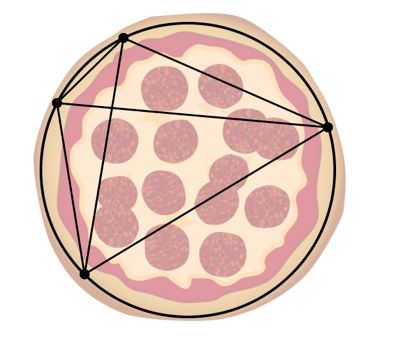 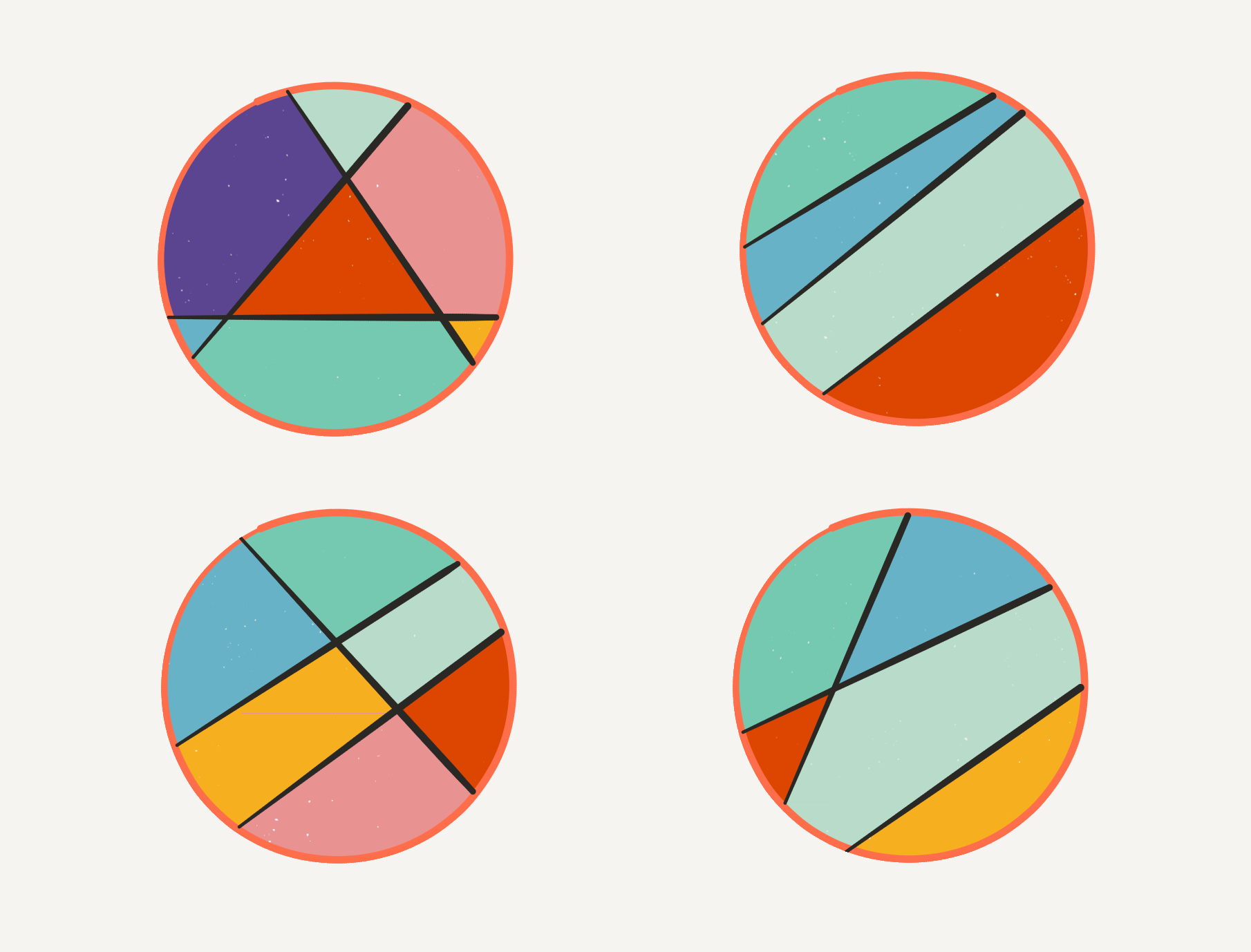 Now, let’s denote the number of cuts in the order they are made as , , and . Skipping to the third cut , let’s calculate the four different possibilities for intersecting with only, only, both and , or neither nor .

In conclustion, and again by the linearity of expectation, we can then expect 5 slices:

« Likert Plots in R
Archive
Who Keeps the Money You Found on the Floor? »